The New Meaning of Yellow Roses-Sunshine Yellow roses are probably the most recent in this illustrious family of flowers. Roses have been used universally since ancient Grecian times, but the yellow-hued variety only made their appearance around 1900. For the most their history, the only colors available in great quantities were the reds and pinks and, to a small extent, white,but, once this beautiful variation was found to grow naturally in the Middle East, its popularity soon began to spread far and wide. Today it is considered to be one of the most highly prized bouquet flowers and you will see them adorn many settings.Same day delivery flowers available by our local Toronto florist.
... Find Out More Thinking Of You Arrangement 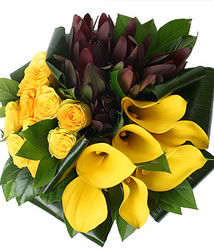 Yellow Roses in a Vase 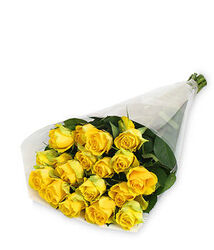 Cymbidium and Roses In Black Vase 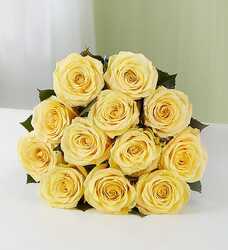 $59.99 - $119.99 50%
$29.99 - $39.99
yellow roses Smell? Surprisingly, the early yellow roses did not have the distinctive fragrance of their crimson cousins. But around this time, there was extensive experimentation with hybrid varieties and the humble yellow rose was soon awarded an elevated olfactory status on the same level as their more fragrant relatives. When this change came about, their popularity was even greater than before, and their vivid, sunny faces started peeping out from floristsâ€™ windows across Europe and America. Symbolic Significance - Meaning of Yellow roses Speaking of the sun, the bright hues of this particular rose variety has, for the last century, been associated with happiness, friendship and warmth. While reds usually symbolized romantic love and pinks denote admiration and affection, the yellow rose stands alone in representing purely platonic love that lead to feelings of delight and joy. The color yellow naturally presupposes a sunny disposition, and it is this very trait that these flowers are famous for. A bunch of yellow roses can brighten anyoneâ€™s mood and this is exactly how roses were used; however, in Europe the color carried a darker significance â€“ one of jealousy and love at death. Over the years, these somber overtones were gradually replaced with what they represent today: unconditional love and immense joy and happiness. To gift a bouquet of yellow roses signifies a bond stronger than the life force that attaches a soul to its body. But negative symbolism still abounds: in Mexico, the yellow rose is an unmistakable mark of death; in Islam, it signified adultery, deceit and treachery; in France it represents infidelity. Though these connotations are rarely allured to in modern times, it shows the emotional power that this brilliantly colored flower wields.

We are processing your request. Please be patient.

No Thanks! I prefer to pay full price. 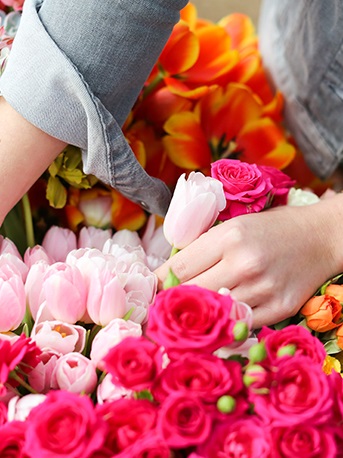